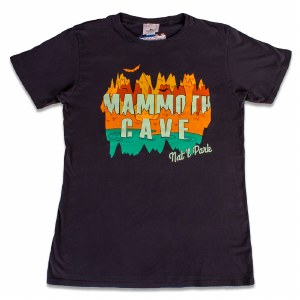 This t-shirt has an awesome graphic of the cave as well as a quote from one of the original guides, Stephen Bishop, who remarked the cave was "grand, gloomy, and peculiar."