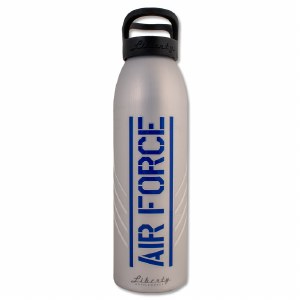 The U.S. Air Force has been around since 1907, but was considered part of the U.S. Army until it gained its independence as a military branch in 1947. It is the aerial and space warfare branch of the military. This insulated bottle will keep the temperature of the contents cold or hot for hours—bring it on your next park excursion!