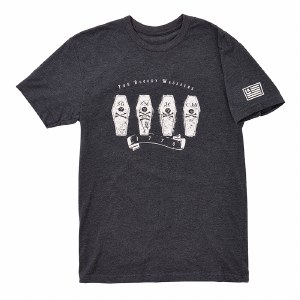 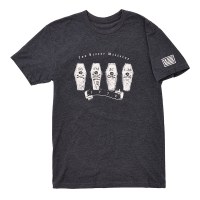 On March 5, 1770, an unruly group of colonists taunted British soldiers by throwing snowballs and rocks. Firing upon the crowd, the British killed five colonists. Boston lawyer and future American President John Adams successfully defended the soldiers in court against murder charges. Get this t-shirt commemorating this event in American history.